To select text, hold down mouse button and select the area. To copy, press the right mouse button. To paste clipboard into the terminal, press C-S-v.

A well known vulnerability of terminal applications is the possibility that malicious website can inject invisible text when contents is copied from them (as discussed here).

Note that this is problem even with bracketed paste mode and the only proper way to mitigate such attacks is to preview the pasted contents. To this end terminalpp supports paste confirmation, in which the text to be pasted is previewed first in its entirety so that you can inspect if there are any unwanted characters. 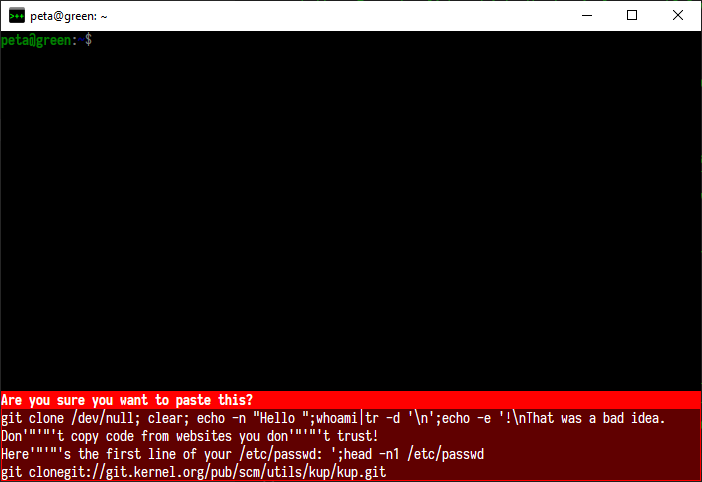 The configuration option for this is the session.confirmPaste, which can take the following values:

When the confirmation dialog appears, pressing the paste shortcut (C-S-v) again performs the paste, while pressing Esc cancells the operation.